It was February of 2013, and I was attending a local advertising awards show. After a three-year hiatus, our agency came storming back with a comprehensive body of work I was proud of. So, we invested thousands of dollars to show our stuff, and brought the entire team to this industry shin-dig. Unfortunately, the event was poorly organized, and we left that night with ONE really nice acrylic trophy to show for all of our efforts. Sure, it’s not all about the awards, (right?) but I was still frustrated to say the least. The entire event seemed like a complete misuse of time, energy and resources.
Read More 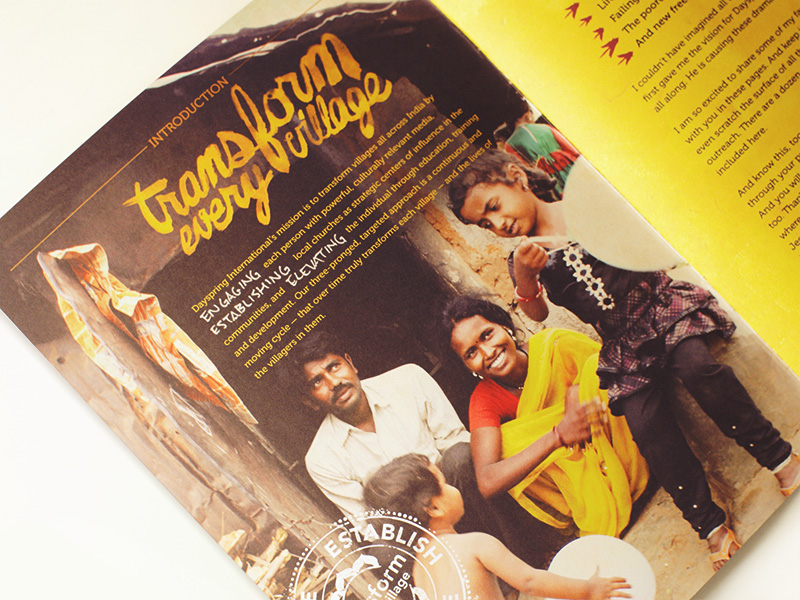 Dayspring International has a mission, to transform villages all across India, by engaging each person with powerful, culturally relevant media, establishing local churches as strategic centers of influence in the communities, and elevating the individual through education, training and development. We approached DSI’s annual ministry report with a desire to connect the content and powerful imagery of Indian villagers with a custom, handcrafted type. Hand-painted type in India ink and hand-drawn type in Sharpie added an authentic elements to these stories of life change in India.  And while the process […]
Read More 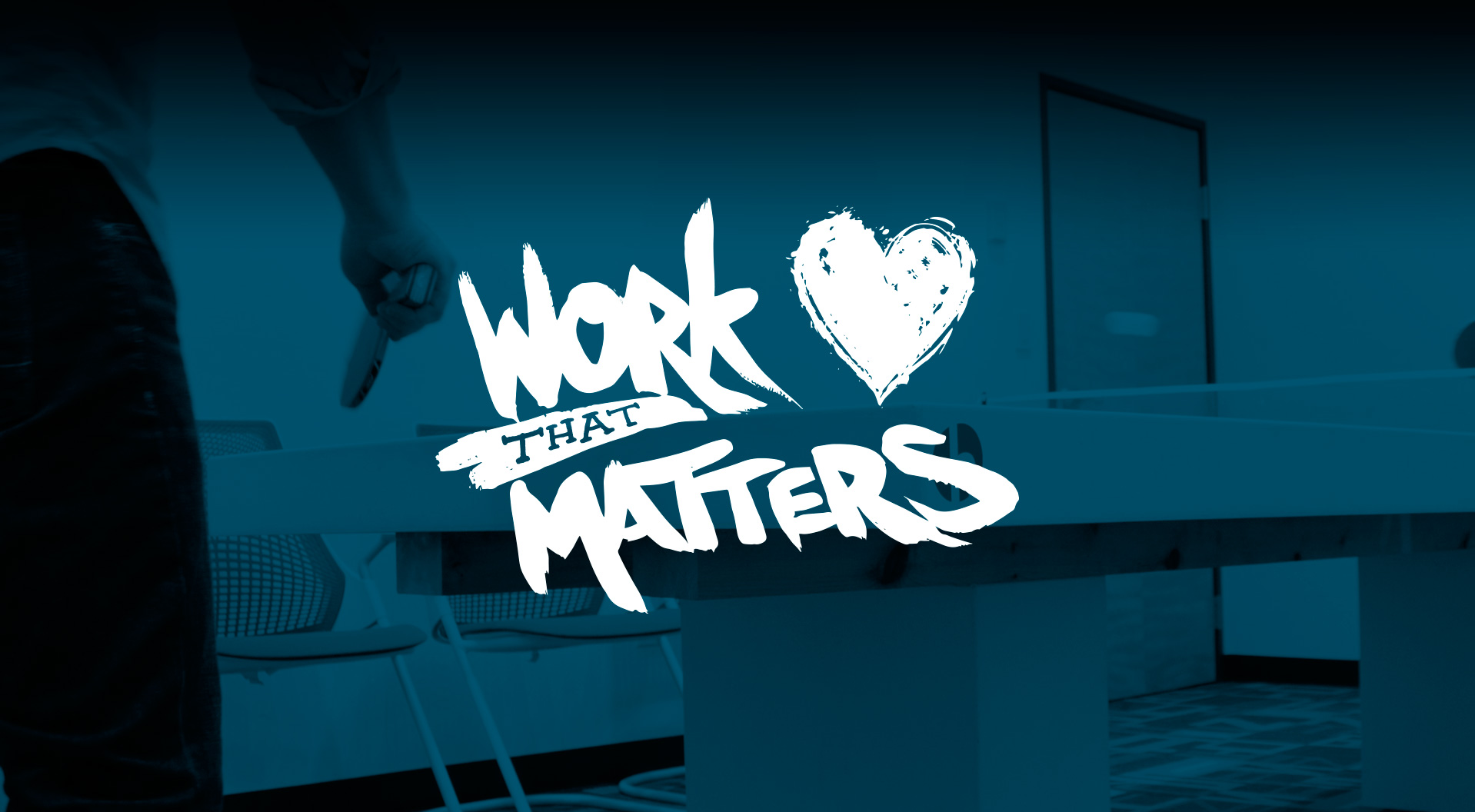 Advertising agencies love to create clever slogans for their clients. While we’ve certainly coined our fair share of tag lines, we find it odd that most agencies don’t (or won’t) do the same for themselves. Until now. Perhaps the fear of getting placed into a tidy little box of a niche vertical - healthcare, energy, luxury snowshoes - and the possible financial repercussions, are enough of a barrier to keep agencies from taking a position and making a statement about who they really are.
Read More

What began as an internal fundraising activity has turned into a partnership between Hampton Creative and Crisis Pregnancy Outreach. Several of our team members have been personally aware of their work and have financially supported their mission. After raising over $3000 for the organization during our 2012 Christmas Party, we pursued a relationship with the leadership of CPO. Through this organization we are capable of reaching in-need mothers through marketing and design.  We are honored to pour our creativity into this great organization and continue to pursue our mission to […]
Read More

This website or its third-party tools use cookies, which are necessary to its functioning and required to achieve the purposes illustrated in the cookie policy. If you want to know more or withdraw your consent to all or some of the cookies, please refer to the cookie policy. By closing this banner, scrolling this page, clicking a link or continuing to browse otherwise, you agree to the use of cookies. Find out more.